Skip to content
Notes on the intersection of music, politics, gaming and tech, by Marc Dauncey. 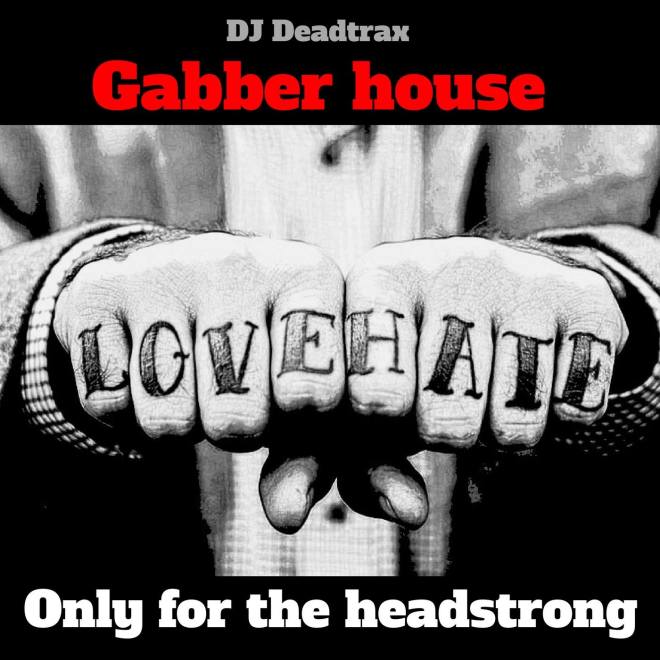 “The Mover is dark because it’s set in the phuture of mankind. I can’t possibly justify seeing a happy end to this stupid human drama. Darkness is not mystical, it’s your everyday reality”- Marc Acardipane

Pleased to announce my new mix. An hour and forty minutes exploring the murky world of hardcore techno, gabber and a sprinkling of jungle and breakcore, ranging from 150 to well over 240 bpm, from 1992 right up to the present day.

First a definition: gabber is a super-fast, super-hard variant of techno that first came out of the european rave scene in the early nineties. It’s primary characteristic is an obsessive meditational focus on the roland 808 kick drum in all it’s forms, but most often overdriven to such a point that it becomes distorted giving the music an aggressive, midrange edge that is more common in heavy metal than in rave. Gabber songs tend to have darker themes, an obsession with militarism, horror film tropes and profanity.  In short, it is the punk rock of the rave scene and I aim to mount a defense here of this misunderstood working class dance scene.

“I’ve never seen ten-and-a-half-thousand people in one room raise their hands all at once, ever. Everyone was in awe when that record came out. It changed electronic music forever. That music, especially in that period of time, was the birth of something completely different. You get a guitar and it was totally acceptable to distort it and make rock records. Why wasn’t it totally acceptable to distort all the electronic instruments? People had never heard anything like that. It’s like a kid hearing rock & roll for the first time, back in the ’50s. It took off and I never looked back” – Lenny Dee, Industrial Records

Doing a mix of gabber might seem like an incongruous choice – my previous projects focusing on krautrock and weird film soundtracks, and in fact my interest in this is a recent development. I’m coming at this from a neophytes point of view, having spent the nineties obsessively collecting and raving to jungle, garage and techno. A busman’s holiday, then.

What particularly interests me about gabber is it seems beyond mainstream rehabilitation. There’s no ironic hipster revival. It never became acceptable in the same way as jungle did with those late nineties coffee table drum n bass atrocities featuring live bands. Even now most people have an almost indignant knee-jerk reaction to the genre, without knowing much about it. I remember similar snobbery being directed towards british hardcore rave in the early 90’s (a sibling to gabber). It always seemed rather classist to me. Most contemporary dnb fans arrived very late to hardcore rave, only when the majority of controversial elements had been stripped out. Declassed and deracialised for the white middle class. Gabber never made the same concessions.

Both strands of hardcore rave, the british and european varieties come from the same place – the street. Both are self-organised, DIY scenes with little mainstream support, and with large working class audiences. I began to think, like Simon Reynolds, that if everyone is unanimous in loathing an artform, there must be something powerful and subversive about it. Something worth examining in more depth.

Gabber originated in Rotterdam, Holland in the early nineties. As the mythology goes, in response to the snobbish elitism of the metropolitan Amsterdam house scene. The genre was influenced by darker strains of house coming out of Frankfurt and countries like Belgium that also happen to be the roots of british hardcore and jungle – Second Phase “Mentasm”, even earlier on genres such as Nu Beat. This harder form of house music customised for European tastes featured the infamous mentasm hoover noise which appears many times in a multitude of rave genres. Gradually the music accelerated and morphed into what most people commonly understand as gabber.

The music had an unfortunate association with neo nazism at one point. This was due to a misconception over the fashion for “gabbers” being shaved heads and shell suit tracksuits. In addition, for some, gabber represents the ultimate appropriation and bastardisation of black music.  Granted it has a whiter audience than jungle had in the UK, but I think these arguments are wrong on a few levels. Firstly many gabber djs and producers aren’t white – Paul Elstak and Loftgroover for example. There’s a strong link to hip hop djs and b-boys from Holland’s pre-rave music scene just as the same is true for british hardcore and jungle.

In addition, gabber is clearly a variant of house. It might be faster and more aggressive and a far cry from Joe Smooth “Promised Land” but it would not exist without house music. It is defined in opposition to cultural mores associated with mainstream house and it is also customised to local tastes – white working class tastes. I’d argue a genre like house that has been adapted in this way hundreds of times over in many locations from music like Kwaito in South Africa to Booty Bass in Detroit allows gabber as much a right to exist as any of these scenes. It’s healthy for art to act as a platform to a community and it’s specific tastes. Gabber isn’t a top down, cynical commercial venture in the same way that garbage like EDM is.

If noise is delinquent, then gabber is in good company:

I believe that the use of noise to make music will continue and increase until we reach a music produced through the aid of electrical instruments which will make available for musical purposes any and all sounds that can be heard.

Every genre needs it’s enfant terrible punk rock – gabber serves this purpose for the rave scene and long may it continue to offend.

Gabber wants your loathing – you just make it rise, stronger and harder than before.

So without further ado, here’s the mix.

Kicking off the mix with some regular hardcore techno from the early nineties. This stuff runs at 150 – 160 bpm, and therefore is the most sedate of all the music you will hear on this mix. These artists and this style I regard to be commonly played in the illegal raves of the early nineties in the UK, alongside our own version of hardcore and early jungle – Spiral Tribe events and mega raves like Castlemorton. Interesting to note, Directional Force is an early Dave Clarke psuedosynonym.

NoFace “Torment” is the first actual gabber tune I play on this mix. It’s an early release on the seminal Praxis label. It’s fascinating because like a primitive fossil, it shows all of the distinctive signs that would become hallmarks. The rigid, almost lumpen arrangement of tiers of 4/4. A kick drum so distorted and processed it acts as a one note bass line rather than rhythm. The gloomcore intro with vaguely fascistic crowd chants.

This section ends with probably the best record Spiral Tribe ever made – going all way. After this, we wave goodbye to techno and hello to gabber proper.

In this section we are getting into the red meat of this music.  First there’s the astonishing Dark Matter by Somatic Responses – firmly gabber but almost meditational with that rising drone. Closely followed by the flip, which is a nightmarish quagmire of distorted acid shrieks and curiously undanceable slabs of kick drums bullying the other sounds into submission.

Cannibal Corps introduces the drum programming techniques that make gabber such a varied and inventive genre, despite the limited sonic palette. The bouncy kick drum morphing into stabs. The grinding distortion (gabber is both the most minimal AND maximal of music simultaneously – limited musical elements that happen to fill up every millisecond of space). The way the sub bass follows the kick drums, amplifying the intensity, hammering out and underlining the rhythm. Drums don’t just mark time in gabber records – they are the main focus and are highlighted as such. This is not background music. You won’t be able to easily focus on reading, say, at the same time as listening.

Next up is the Sex Pistols of gabber – Australian artists, Nasenbluten. (Nasenbluten is “nosebleed” in German). They consisted of three DJs, Aaron Lubinski (a.k.a. Xylocaine), David Melo (a.k.a. Disassembler) and Mark Newlands (a.k.a. Mark N, Overcast). Their productions were notable for a desire to offend the great and good, the tastemakers of dance music – and also for a lo fi sensibility that saw them deliberately using 8bit computers like the Amiga to create tracks long after music production techniques had marched on. The aesthetic of Nasenbluten tracks is very compelling. Despite the fact they are banging in a techno sense, there’s also a poppiness in the way they use hooks and samples. I love their record sleeve art too, which recalls Jamie Reid’s sex pistols work. On the covers, they frequently threaten critics, going as far as publishing their phone number if people want to take it further. Cunt Face is their best track. It responds to criticism of gabber being “vacuous shit being pumped out at a 1000 miles an hour” with a pity retort: “fuck off cunt face”.

Dj Scud – Do you know the score (Rephlex)

The next section accelerates and becomes darker in subject matter and sound. Baton Round is a sinister evocation of police brutality that recalls the G20 riots, or policing in northern ireland during the troubles. I play several cuts from C-Tank, which is probably the first gabber I ever heard back in the nineties with their classic “Nightmares are reality”. And DJ Scud’s jungle / gabber hybrid, “Do you know the score” never gets old.

Here I switch focus to some ludicrously heavy drum n bass mixed with gabber. I wanted to illustrate that these genres are so closely related that it’s possible to mix them together with ease. The Current Value remix of “The Scent” is a prime example of how the harder end of drum n bass is more gabber in some ways than gabber itself. This is probably the hardest record on the entire mix. If you make it past this, you are probably going to see it through to the end.

This is the fastest point of the entire mix. Around 240bpm, these tracks are pulverising monsters. Caffeine is a migraine in audio form, the sound of machines grating against one another furiously, wheels spinning. Segueing into Nasenbluten’s cock sucker was highly satisfying.

And we wrap the mix up with some new school hardcore techno, courtesy of Dj Producer and Hellfish.